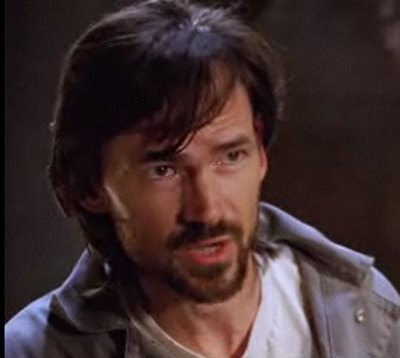 *SPOILER ALERT* Tonight's Lost episode, "The Variable", brings our favorite crazy time-traveling scientist Daniel Faraday (Jeremy Davies) back into the fold. And he's got a surprising new revelation--he thinks he truly can change time. He now considers people variables, who can make different decisions and change the outcome of events.

This is in contrast to his mother, Eloise Hawking (Fionnula Flanagan), who's apparently been drilling the idea of "destiny" into Daniel's head from the moment he was a small child. If you didn't feel sorry for Daniel before, you will now, as we see how strongly his mother manipulated his life and nearly crushed him with her expectations.

We also see Daniel in the past with severe memory loss due to his time travel experiments. Once again his mother controls his direction, convincing him to take his benefactor Widmore's (Alan Dale) invitation to find the mysterious island that might heal him.

More revelations are in store as we discover that not only was Eloise an Other like Widmore, but Widmore is Daniel's father. 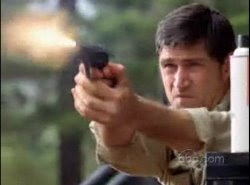 Back in the future, which is the past, but not their past--well, you know what I mean--Daniel tries to enlist our Lost heroes to help him find his mother on the island. Only Jack and Kate go with him, though Juliet gives him the gate code against Sawyer's wishes. Sawyer, Juliet, Hurley, and Miles get ready to set off for the beach to hide out--since they can't keep Phil locked in the closet forever.

Things don't go well as Daniel, Jack, and Kate get involved in a shootout with suspicious Dharma security and barely get away alive. That same security barges in on Sawyer (LaFleur) to find out where he's been, and discover the captive Phil. Hurley and Miles are outside the building, but Juliet and Sawyer are caught.

On their jungle trek, Daniel tries to convince Jack and Kate to go along with his plan to prevent the building of the hatch, and the button pressing, and Desmond's lack of button pressing that led to their plane crash. His plan? To set off a hydrogen bomb. Brilliant, yes?

So, as per usual, everything has hit the fan on Lost.

Davies once again puts in a moving performance, breaking our hearts as he once again tearfully tries to warn a young Charlotte of impending danger. And in a final cruel blow, he gets shot by his own mother when he tries to find her in the Others' camp. His dying realization is that she knew this would happen all along, and sent him anyway.