CBS Drops Without a Trace, Picks up Medium for New Fall Schedule 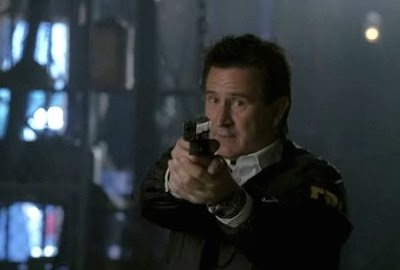 CBS is switching things around for their new fall schedule. With the renewal of Cold Case, it's not a surprise that CBS canceled on the bubble show Without a Trace. While Anthony LaPaglia has done some incredible dramatic acting on this show, I feel like it jumped the shark a while back. Without a Trace still had pretty solid ratings, but it was an expensive show and CBS apparently doesn't need it to remain successful.

CBS also canceled The Unit, but renewed two other on the bubble shows, The New Adventures of Old Christine and Gary Unmarried. For some reason, CBS chose to split up The Big Bang Theory and How I Met Your Mother, pushing Big Bang to follow Two and a Half Men and letting HIMYM lead the night and into a new comedy. Seeing as I refuse to watch Two and a Half Men, I hope there'll be another half hour show I can watch on another network. 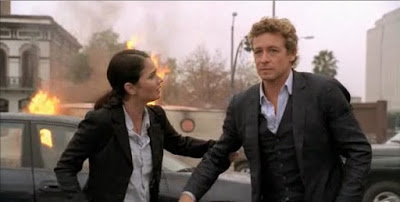 As for good moves, CBS is shifting The Mentalist to Thursday nights, to follow CSI and take advantage of NBCs drama-free Leno timeslot. I usually hate when they shift shows around, but this doesn't seem like a bad idea.

The other good news is that CBS picked up NBC cast-off Medium, grouping it with Numb3rs and Ghost Whisperer on Friday. That's a nice line-up that could gather a strong viewer fanbase. Granted, that's how I felt about Friday night guilty pleasure vampire drama Moonlight, and we see what CBS did with that.

Speaking of Moonlight, Alex O'Laughlin's new medical drama Three Rivers, will air on Sundays at 9/8c, followed by Cold Case. I haven't really watched a medical drama since Julianna Marguiles left ER, so I'm not sure if I want to sign on for another one, but I'll give it a try for O'Laughlin's sake.

Stay tuned for more news about this fall's new schedule. Thanks to The Hollywood Reporter for CBS fall schedule info.

Posted by Valerie David at 3:26 PM