Cold Case In, The Unusuals Out: Renewed and Canceled Shows Update 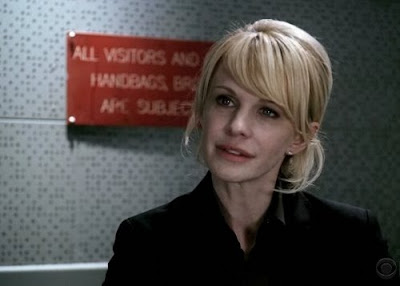 News keeps rolling in about renewed and canceled shows, with confirmation coming at tomorrow's upfronts. Recent word was that Without a Trace and Cold Case were both in danger of getting the boot due to the high costs of location shoots and cast salaries. TV.com now reports, however, that Cold Case is in the clear, renewed for the fall. The fate of Without a Trace remains to be seen. My only hope is that Kathryn Morris, a wonderful actress and the heart of the show, can find a way to regain a few pounds and the luminous glow she had in previous seasons.

Unsurprising to me, who could only get through 12 minutes of the pilot episode, The Unusuals has apparently been shelved. I'm a little frightened that ABC seems to be doing things right (after canning four excellent dramas this season) by renewing Castle and Better Off Ted and letting go of The Unusuals. Sadly, I fear they will not mind my wishes about Cupid, and I'm holding my breath until tomorrow when the Castle and Better Off Ted news will be confirmed for sure. Cross your fingers with me, folks.

According to TV.com, Law & Order and Law & Order: CI are still up in the air, but Law & Order: SVU is returning. Supernatural and Gossip Girl are renewed, and Reaper's fate is yet to be determined.

A huge surprise to me is that Scrubs will be coming back. The new season will no doubt focus on the new interns. Zach Braff is set to return for a partial season to transition the show into its new format.

Tomorrow we should have confirmation on all those on the bubble shows, and find out if our favorites have been renewed or canceled. There are also some new shows to look into, including a new vehicle for Moonlight hottie Alex O'Loughlin.