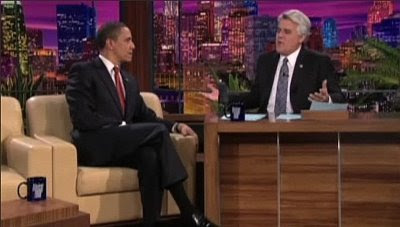 With the cancellation of Life, we've already seen one of the consequences of NBCs decision to add Jay Leno to primetime TV. Once the fall season starts, Leno will take over the 10/9c slot, effectively removing all adult dramas from NBCs line-up--or moving them to an earlier timeslot. As if kids don't get enough violence on TV, we're making sure the more graphic shows get on the air earlier so they can catch them before bedtime.

It's a money-saving venture for NBC. Last year Entertainment Weekly reported that Leno will be getting $30+ million a year, whereas a scripted drama generally costs at least double. So Leno will be producing twice as many new episodes of primetime TV for half the price of a scripted show.

EW seemed to think this will be a good thing for the other networks--and subsequently us, as well. After all, there is now less competition at 10/9c, so the dramas on the other stations may rack up bigger numbers and not get canceled after four episodes. One can only hope.

Conan O'Brien, who takes the reins of The Tonight Show this year, can't be all that pleased. After all, if a new movie's coming out on Friday, will the actors want to be seen with Leno on primetime, or with the former late late night guy at midnight? There's bound to be some friction there.

And is this really a great move for NBC viewers? Do we need hours and hours of late night talk shows? If they keep cutting scripted shows from the networks, who will there be left to interview?
Posted by Valerie David at 11:50 PM