Looks like we'll all have to wait for the fate of Chuck, as well as NBC drama staples Medium and Law & Order. All three shows are still on the bubble, and NBC won't be letting us know their fate until May 19, according to both Zap2It and TV.com. (Although Worst Previews reports Medium was picked up over the weekend, so our favorite ghost whisperer may be back after all.)
What NBC did decide on for sure is that Heroes, Southland, and Parks and Recreation will be back. Heroes is a hot mess this season, with just a few flickers of promise, but apparently it does well overseas and is worth it to NBC to keep. TV.com reported a huge ratings slippage for Southland over the course of a month, but apparently the network thinks it's still a good gamble. I wish they would have gambled on Kings instead.

My Name is Earl is still up in the air, but if canceled, word is that FOX might pick it up. The Office, 30 Rock, Law & Order: SVU, and Celebrity Apprentice are all renewed. Coincidentally, I don't watch any of these shows. Apparently I am just not in tune with the average Nielsen TV viewer. 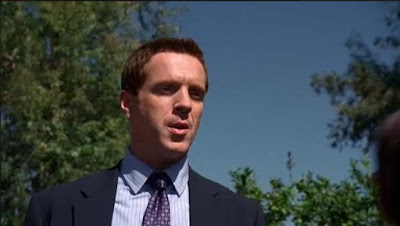 The biggest hearbreak of all is losing Life. I'm not sure why this Damian Lewis/Sarah Shahi detective/mystery/dark comedy story didn't take off the way The Mentalist has. Part of it can be blamed on the writers' strike that interrupted Life's first season, and it's somewhat darker and odder tone may have also contributed. When you can't slap a simple label on a show, it's harder to sell to an audience. While The Mentalist straddles a couple different genres, it still has a basic format of crime solving procedural each week, so it's easier for the average viewer to grasp.

The only good news is that Life at least got a proper ending, with one of the finest episodes of TV drama I've ever seen on television. There's enough quality and foundation there to get out a decent film if they wanted to, and I'd love to see it.

I'll keep you posted on this year's network upfronts news as I hear it.