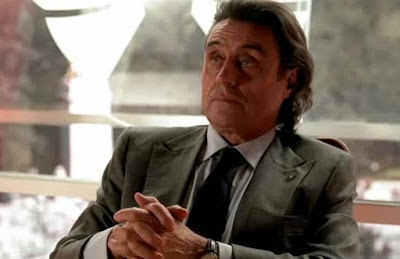 Well. Tonight was the finale of Kings, at least as far as we know. "The New King: Part Two" would have been the lead-in to a new season, and as such, there are a lot of things left hanging. For some reason--perhaps just pure hopefulness--I thought that the storyline was going to wrap up more than it did. I had thought there was even a chance that David (Christopher Egan) might be king when all was said and done.

I'm not sure if the creators knew ahead of time that the series would probably be ending. The episode seems very muddled, with motivations lost in the push-pull for power. Characters really did not go the way I had thought they would, and it was a disappointing end to a fascinating show.

It's funny how I was just writing about Torchwood and how far you can push a character before they become irredeemable. In many instances, despite his sometimes violent decisions, we as viewers felt respect for King Silas (Ian McShane). He had a passion, a will to serve God and the people, and a plan for peace. 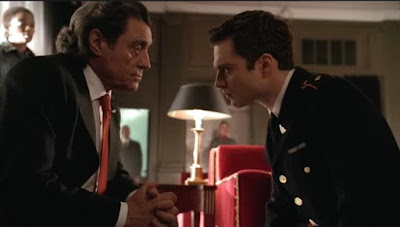 And Prince Jack (Sebastian Stan), while he had his spoiled-brat moments, he seemed to be the most affected by David's goodness--and then the sacrifice of his lover. While it's true that Jack was always on the edge of darkness, with all the torture his parents put him through, but circumstances leading up to this had indicated a change for the good.

But in "The New King: Part 2" we get a Silas that seems to capitulate to God's will, finally--and then he turns on it again in his rabid quest to be the man in charge. And we get an angry and vindictive Prince Jack, who now seems happy to go along with his uncle's violent and destructive machinations. He even had a man shot in cold blood for disagreeing with him, and then threatens to blow away his sister when she speaks up.

Certainly Kings has not painted Silas and Jack as perfect characters. But there was a point when they seemed redeemable. I can see how Jack's lifelong frustration with being kept down, kept out of the family spotlight, in fear that he would never reach power has made him go a little crazy. But when he was just a couple episodes ago saving David from a firing squad (albeit by killing others) and talking about bringing peace to Gilboa, it seems odd for him to now be only concerned about getting rid of Dad and getting himself the crown. 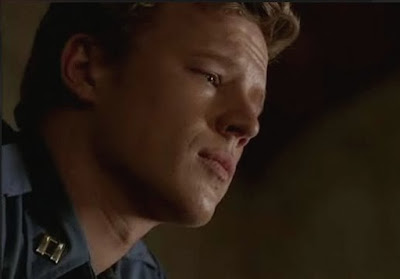 And then we have David and Princess Michelle (Allison Miller). I thought Michelle's abandonment of David during the trial was the closest you can get to unforgivable. David understands her family and the pressure she would be under, and I thought he might forgive her if she explained about the baby. But in "The New King: Part 2", Michelle doesn't explain, doesn't tell him about his child--but he just forgives her out of the blue. David has always been the purest character, and not as likely to hold a grudge, but this seemed a leap even for him.

David and Silas get into an actual physical altercation this time, as Silas just can not believe that David didn't have this planned all along--with God. David and Michelle seek refuge in the church, looking to Reverend Samuels (Eamonn Walker) to advise them. He lets them know that David must hide in Gath, where Silas can't find him. Michelle can not go with him, as it would be too dangerous for both of them.

The twist on this is that William (Dylan Baker) has had Reverend Samuels killed. So the question is whether the reverend is a ghost, or if he survived the wounds due to divine intervention. The fact that he disappears when David and Michelle blink leads me to believe he's hanging out in the spirit world, where he can haunt Silas as well. 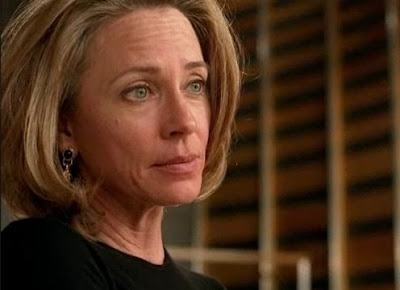 Queen Rose (Susanna Thompson) is the most consistent in "The New King: Part 2", doing whatever she has to to maintain the throne and have all of the pieces fall into place the way she wants them. She gets Princess Michelle banished for a year--in order to help her hide her pregnancy, of course. Where Michelle is going to go remains for our imaginations. 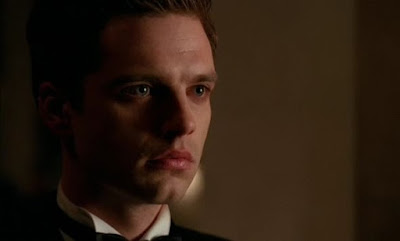 And Jack, oh Jack. I have to give him credit--he didn't run from what he had done, and stayed to face the consequences. He tells Silas that everything has been taken from him, and there's nothing to live for anyway. Rather than kill him, Silas sentences him to life in closed quarters with his wife whom he does not love. He's expected to produce an heir which Silas can raise in the "right way". I'm not exactly sure how they propose to force him to have sex with a woman he does not desire, but no one ever said Silas was thinking clearly at this point.

So, to sum up--Princess Michelle is exiled. Prince Jack is banished to his room. David is running through the fields of Gath, followed by the prophetic butterflies that have marked him as the true heir to the throne. Reverend Samuels has been killed and now floats around as a spirit, trying to exert influence to further God's plan. 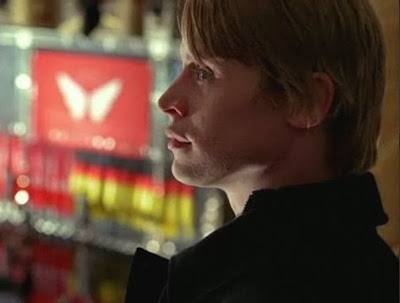 And William will no doubt meet a bad end, as his creepy son Andrew (Macaulay Culkin) defects to the winning side--divulging his father's escape plans and asking to take Jack's place by Silas' side. I'll say one thing for him--he's learned how to play with the big dogs on Kings.

So there it is, the end of a royal era. I might have been able to forgive the misfires in this episode had they smoothed out in another season. But as it is, this is all we are left with. A few rumors and a lot of public pleas for renewal of Kings float around the Internet--and ideas for other networks to pick it up. It's rare for another station to pick up a canceled show. It happens, but I'm not holding my breath.

It would be nice, though, to watch more of the drama unfold with this exemplary cast of characters on Kings.

Watch full episodes of Kings on the NBC official site.