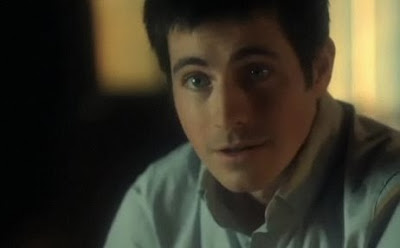 If you've been watching the Canadian import The Listener, tonight's your last night to catch it on regular TV. Due to excruciatingly low ratings, NBC is pulling the last five episodes and replacing it with reruns of Law & Order. I'm not sure if another Law & Order rerun is what NBC needs, but The Listener wasn't obviously doing them any favors either.

Scheduling may have been an issue, as it was up against CBS's hit The Mentalist, albeit in reruns. I personally started watcahing USA's Royal Pains in this time slot, figuring I could always catch up with The Listener later. The truth is, The Listener just didn't suck me in all that much. It seemed fairly low-rent and kind of slow. Maybe this is because we've all gotten used to in-your-face-jump-cut-mania types of programming, but it also may just be that it's not done that well. Judge for yourself:

For those of you that did enjoy the hypnotic stare of Craig Olejnik, NBC will be airing the final episodes online. Canada's CTV will air the remainder of the series on TV and may pick up a second season, so US fans might have a DVD issue in the future to look forward to.

Thanks to Zap2It and Yahoo!Canada for the news.