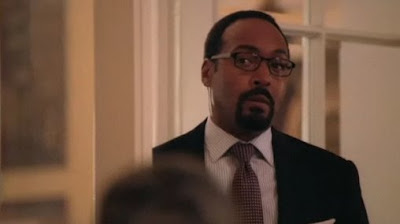 ARgh. Watching last night's episode of The Philanthropist, "Paris", I came to an unsettling conclusion. One of the weak links of this arty/adventure hybrid seems to be Jesse L. Martin. I don't even want to say that, because hey, who doesn't love Detective Green (Law & Order)? Certainly he's a capable actor, so what's the problem?

It may have something to do with the writing, but I think Martin just may have been miscast as Philip Maidstone, the upright business partner of playboy Teddy Rist (James Purefoy.) He seems too edgy to be the serious half of this corporate duo, and doesn't seem all that invested when he complains about Rist's irresponsible ways. It's like Detective Green wandered into a corporate setting and doesn't really care much about what's going on.

In "Paris", Martin's character Maidstone also came off as wholly unsympathetic--which may just be the fault of the writing. His platitudes to his wife were disingenuous and stomach-churning, but maybe that's the way they're going with it? Certainly he has little chemistry with Neve Campbell, while Campbell and Purefoy easily show their past history with very subtle expressions and movements. Again, since they seem to be setting up Maidstone's jealousy, perhaps that's how they want him to play it? 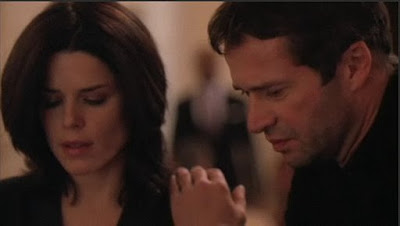 I'd actually thought Campbell would be the one to fall short amongst better actors, but she seems to be sinking into the role much better this week and I actually enjoyed her greater presence in the episode.

Once again, I find Teddy's self-narration to be too pretentious of a plot device. Show, don't tell is still excellent positive advice. However, Purefoy does seem to be getting more comfortable with portraying the charmingly smarmy playboy who still has a heart somewhere. This episode rang more true in that respect.

I find myself wishing for the juicy adventure aspects of the plot with Teddy and his cool and capable bodyguard Dax (Michael K. Williams) to be the focus of the show, and think it would be better if it were Olivia holding the company fort down at home. Powerful businesswoman, sexual tension with Teddy--so much more fun than the awkward love triangle they've got going.

As The Philanthropist is supposedly based on a real person, maybe some of the facts are from real life. But if you're only doing "based on", then why not play with conventions a bit more?

Catch The Philanthropist on NBC, Wednesday nights at 10/9c.