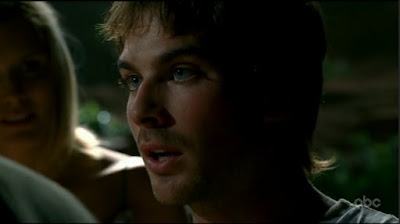 Ms Terri at the Lost for a Reason blog has made my day by announcing that Boone (Ian Somerhalder) will be back--if all goes well--in the upcoming finale season of Lost. Yes, there are polar bears and hatches and ghosts and smoke monsters--and Boone, oh my. He of the preternaturally blue eyes and quizzically arched brows and you know, just general rich-boy good looks.

While Boone could be punky and a bit thick-headed at times, what I liked about his character was his determination to improve himself. He didn't want to be useless, he didn't want to have this bizarre relationship with Shannon--he wanted to toughen up and be a strong man. Which put him into an unlikely partnership with Locke, a partnership that begins in this awesome premiere season episode, "All the Best Cowboys Have Daddy Issues".

This is the one where Charlie and Claire get kidnapped by Ethan, and Locke, Boone, Jack and Kate go after them. There's backstory on Jack and his dad, and also an interesting sideline with Sawyer and Sayid.

Now for your pretty screencaps, so you remember the lovely Boone Carlyle: 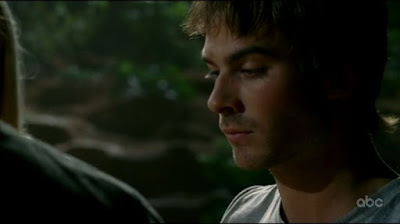 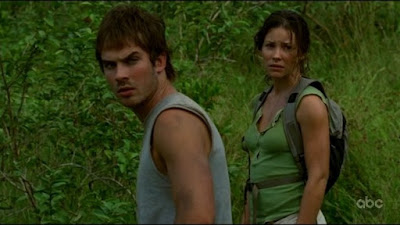 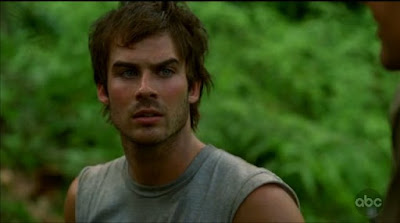 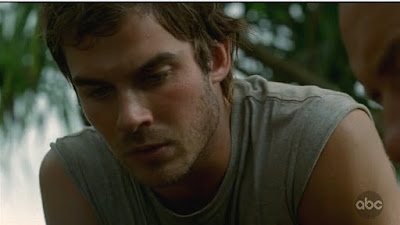 I loved this scene, where Boone laments about the parallel between their situation and the red shirt guys who always get killed in Star Trek... 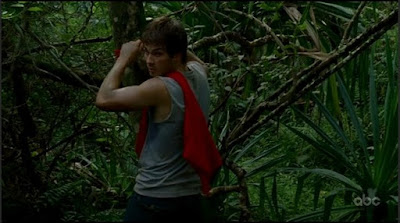 ...and Locke's answer is: "Sounds like a piss-poor captain." Locke asks Boone to guess his profession, and Boone replies "You're either a taxidermist or a hit man," which gets a genuine chuckle out of the enigmatic Locke. 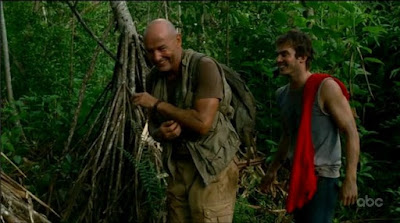 Hope you enjoyed the Boone from Lost screencaps. Here's hoping we see more of the lovely Ian Somerhalder on Lost, carefully scheduled in between his filming for Vampire Diaries.
Posted by Valerie David at 12:30 AM