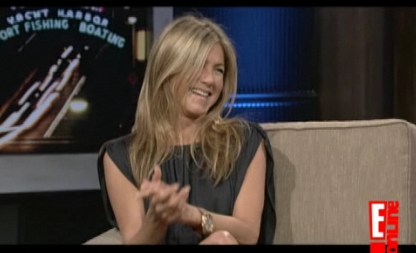 Tonight Chelsea Lately had A-List celebrity Jennifer Aniston. This is big, big news. As awesome as Chelsea Handler is, because it's E!, or because publicists are afraid of what she might say, Chelsea Lately guests tend to rate in the C or D-list range. I am so glad that Aniston took the plunge tonight, because she showed how much fun an interview with Chelsea can be, if you can keep up with her. Aniston has always had a flair for comedy, and tonight she was at her best--relaxed, sly, and enchantingly amusing. 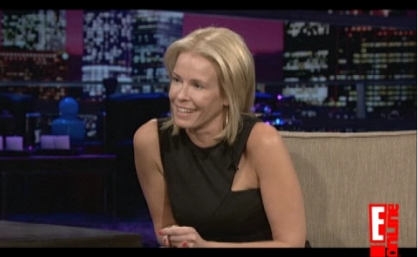 And of course I love Chelsea Handler. I've written a lovefest article on her for AC, and there should be more Chelsea!love from me on TheFrisky.com this fall. Handler's late night talk show, Chelsea Lately, actually lures me away from Jon Stewart and The Daily Show. That's right--she's that good. She's funny, she's smart and sexy, and every night with her roundtable of comedian guests she tears to shreds all the moronic happenings in celebritydom.

Because Handler's on E!, there's less pressure to appeal to mainstream demos and sponsors, so she can go for the jugular. Sometimes she appears to shock herself, and the roundtable often dissolves into hysteria, giggles, and even snorts. It can be pure chaos, but when it clicks right, that chaos is sublime. 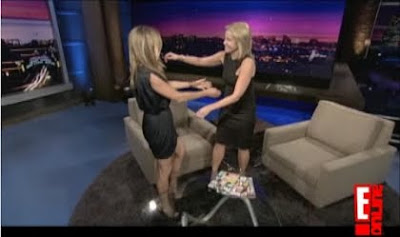 Tonight the two blond beauties, Aniston and Handler, greeted each other on stage in matching sexy black dresses. They talked a little about Aniston's upcoming film Love Happens, Mormonism, paparazzi, and whether Jennifer Aniston would be willing to go out with Chelsea Lately's red-headed regular Brad Wollack. Aniston's response was...well, you can see for yourself:


I think doing Chelsea Lately was a smart move for Aniston. After all, Handler snags more of the young crowd than your big three network late night stars. She also brings in both female and male fans--and the same can be said of Aniston herself. It was a good match, and the two ladies had a fabulous rapport. 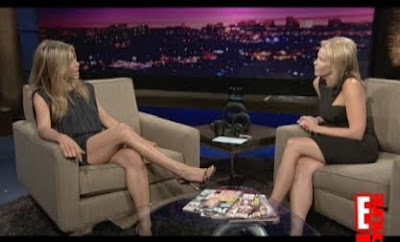 There was even mutual "You're so sexy!" girl-bonding, and Aniston got in the perfect zingers about Handler's self-confessed vodka addiction. And Handler's not above laughing at herself--hard. 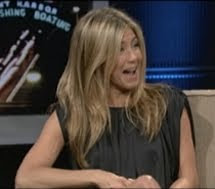 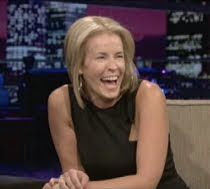 So, if you missed it, be sure to check out the vid above. And tune in for Chelsea Lately weeknights at 11/10c. (She repeats later at night if you don't want to give up your Daily Show fix.)