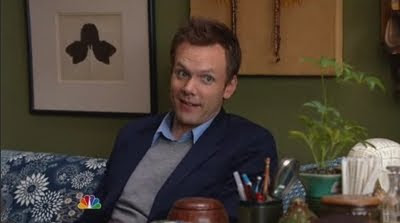 Okay, I have to admit: I was wrong about Community. The previews did not look funny at all, and I honestly only tuned in because of The Soup's Joel McHale--okay, and maybe that promo where he and Chevy Chase are wearing the teeny tiny sombreros. I have a weakness for silly hats, I guess. But a show about a lawyer who has to go back to community college to get his degree, and uses that time to chat up a student by pretending to be a Spanish tutor? Erm. Not grabbing me.

Before tonight's pilot episode of Community, I read a couple reviews that said the promos didn't do it justice. They were right. The beginning of the episode had a few chuckles, which eventually gave way to true laughs as Community progressed. Once McHale gets rolling on one of his silly/sarcastic/insult-filled monologues, the show springs to life. And there's potential in the varied supporting cast, whose individual quirks lend themselves to different styles of comedy. 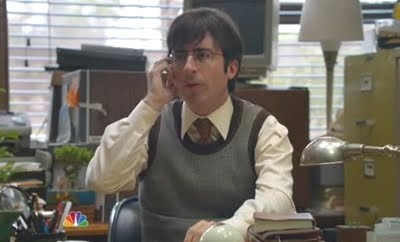 The Daily Show alum John Oliver brings his own absurdist hilarity as Jeff's (McHale) former client and employee at the school. They have several clandestine meetings involving Jeff bribing him to get all the test answers to all his classes. At these meetings, Oliver seems to be acting out scenes of movies as a confidential informer character, using a ridiculous "altered" voice on the phone and talking on sports fields without making any suspicious eye contact.

Oliver's character is more cagey than he appears, and it's fun to watch he and McHale play off of each other. Supposedly he's not going to be a series regular, which is unfortunate. I'll look to Danny Pudi's Abed, then, a compulsive and insecure student who talks a mile a minute and manages to suck information out of even the most unwilling participants. He's been good for a few laughs so far, and comedy vet Yvette Nicole Brown should add some spark to the show as well.

I also liked that Community attempts to throw a little morality/ethics into the mix, so it's not just a bunch of moronic and detestable characters acting like, well, detestable morons for 22 minutes. I prefer my comedy to have some semblance of humanity, and a point to each story.

I'm keeping an open mind right now. Community is not the best comedy ever, but it's got more potential than I had expected. I'm glad McHale isn't giving up his late night job yet, but here's hoping that his stint as a student will provide some of the quick-witted comedy that primetime so desperately needs.