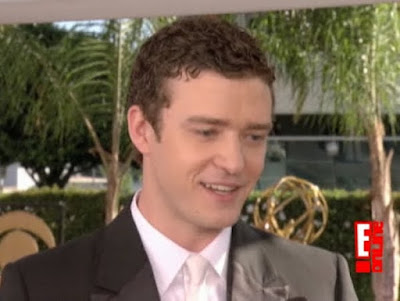 
So, here we are, after the 61st Primetime Emmy Awards. It was certainly not as awful as last year's awards ceremony, and it started to pick up about halfway through, but it's still just not all that exciting. A lot of things that were supposed to be funny just weren't, and that violent Family Guy clip was just disturbing.

I love Neil Patrick Harris, and he was relaxed and confident--but sometimes he was almost too relaxed. While he definitely had his wry moments, he often seemed to be a little bored himself, as if he was saying lines that he didn't find all that funny either.

I did enjoy the way they split the Emmy awards ceremony into genres, focusing on all the comedy awards at once, then all the drama. It helps us stay a little more focused when they're speeding through categories at lightening speed--when you see the same players in several categories in a row, you start to figure out who they are.

And what was with all the same players? I mean, the comedy writing category was 90% 30 Rock. No one else wrote a comedy last year? Not for Big Bang Theory? How I Met Your Mother? Two and a Half Men? Weeds? Entourage? Rules of Engagement has episodes with a fantastic line every 3 seconds--how can they not get recognized? The whole incestuous industry lovefest of 30 Rock needs to end. I respect Tina Fey and Alec Baldwin and Jack McBrayer, but I just don't see how this show is considered consistently funnier than anything on the air.

Also, apparently no one had a worthy guest star in drama except for Law & Order: SVU. Just instantly off the top of my head I know that Cold Case gets a lot of fabulous guest stars on their show. I realize additional rules can create a whole new set of inequities, but I think they should consider a limit on two nominations per category for the same show. Having 5 or 6 noms in one category for the same show just seems like laziness rather than a recognition of true merit. 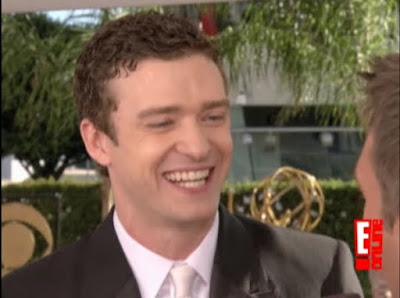 Other thoughts on the show: I think Tina Fey did deserve her award for her Sarah Palin impression on SNL, and I loved that Justin Timberlake won for his stint on SNL. While many musicians land acting gigs just because fame opens doors, Timberlake is actually a good actor and ridiculously funny. He takes his multi-faceted career seriously, and I admire him for that.

I also love that he completely cracked up and had to pause in his presenter duties when he caught sight of Sarah Silverman's proudly displayed mustache during the comedy actress noms. I don't always get Silverman's brand of humor, but she does have her strokes of genius (the famous "I'm f**king Matt Damon" vid) and this Emmy moment was one of them. It wasn't just the mustache; it was the noble pose she held while the camera was on her. Too, too funny.

And back to Justin, I also loved that he presented wearing glasses. As did hottie Simon Baker of The Mentalist. And Dana Delany. And Michael J.Fox. And more. While some of the styles were a bit on the nerdy side (I was wondering if it was an extension of the comedy actresses wearing goofy glasses for their noms), I'm happy just to see rims on pretty people no matter the cause, representing for all those who don't have 20/20 vision on their own. Glasses rule, people, remember that.

As for more funny Emmy stuff, I did like when Neil Patrick Harris introduced the nominees with obscure credits from their resume. His grandiose delivery of "Photographer #1 in Spin City" (Jimmy Fallon) and "Charles Elderberry in ABC Afterschool Special: Schoolboy Father" (Rob Lowe) may have made me spit a few times. It was funny and also showed you how famous actors pay their dues before (and after) hitting the big time.

There were also some good moments in video clips where directors and writers advised up and comers how to achieve success. Favorite advice included "Hire Glenn Close" and "Learn to tell people to go to hell in such a way that they really want to go there."

Sarah MacLachlan has a gorgeous voice as always and did a beautiful rendition of "I Will Remember You" for the In Memoriam segment. Sadly, this once again did not stop people from clapping for their favorite people. The only good news was they seemed to clap for everyone, rather than letting applause die away for the lesser known behind the scenes folks. We lost a lot of amazing people this year, and so many were too young. It was heartbreaking as each name and face appeared. I do think it was perfect that they showed Patrick Swayze in both North and South and his last role on The Beast.

While there was humor, and a few bright spots, and a few surprises, the Emmy Awards still weren't all that engaging as a whole. Part of it is the disconnect between industry insiders and the average viewing public. Like the Oscars, where most of the nominated films have very small box office numbers, the basic and pay cable nominees at the Emmys are a mystery to many viewers.

It's also pretty boring when the same people win year after year. With all the quality and variety of television available now, there's no excuse for the same shows to keep sweeping all of the awards every year. It starts to feel like high school all over again, where only the "cool kids" get to go up on stage again and again. And again.

You can see all the winners over at IMDB and check out some Best & Worst highlights over at E!Online.