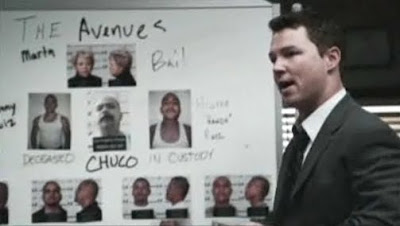 Wow. Here's a perfect example of the irritating nature of modern network TV. After shoving awesome series Kings out of its intended primo Thursday night TV spot to the no-man's land of Sunday (then Saturday, then summer burn-off purgatory) to make way for their new golden child Southland, NBC up and cancels Southland before its second season even debuts.

HitFix reports that NBC's decision was partially due to Southland's dark nature but mostly due to money. NBC must be in serious financial woes if they decided it was good to can a show that had already shot 6 episodes, and had won modest ratings the spring before. What's the point, after all, of creating quality dramas and then bailing on them before they have a chance to do you any good? 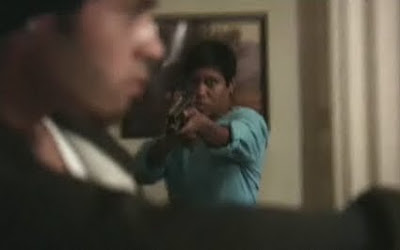 I'll admit, they were right about their assessment of the show's dark nature scaring off some viewers. I never watched Southland, because I just wasn't in the mood for another depressingly realistic show about the worst elements of mankind. I was also feeling loyal to Kings, a lovely show that got royally screwed, if you'll forgive the pun. So NBC for sure wasn't going to have me as a viewer for the show.

Despite that, I do feel sorry for the talented actors in the Southland series who are now unexpectedly out of work. This is especially rough for them since it's happened at the start of the season, when most decisions on pilots are already made, including the mid-season fill-ins.

For Southland fans, NBC promises to try and air the 6 episodes that were made at some point, but I'm not sure how invested folks will want to be in a series that will just drop off in the middle of the action. Once again the fans get burned by network cancellations. But hey, there's always Jay Leno on 5 nights a week if you're looking for edgy drama--oh wait, never mind.

ETA: TV Series Finale reports that Southland is being shopped around to other networks and cable stations, so there's always a possibility you'll see more of the show on another channel.