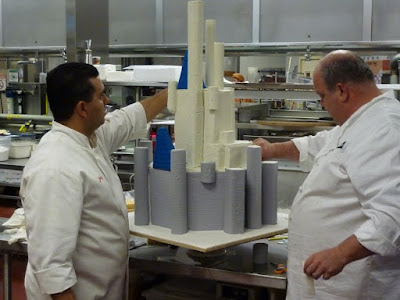 Tonight was a Walt Disney World extravaganza on Cake Boss, "Castles, Cannolis & Cartoon Characters". Buddy and Mauro head down to Disney World with their families for work and vacation, enjoying all the Disney delights and also participating in the Epcot Food and Wine Festival.

It was also a special occasion as the Cake Boss' daughter Sofia was celebrating her birthday. Though Buddy had originally planned on buying a Disney cake for her while they were down in Orlando, Sofia had other ideas. After hugging one of her fave princesses Ariel, she begged her father to make her a princess castle cake. How could he refuse? After Sofia got her way, Ariel joked "Sounds like me and King Triton." Pretty funny stuff for a Disney princess. 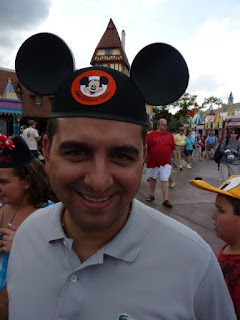 Buddy pulled some strings and got himself into one of the Disney kitchens, so he properly make Sofia's Disney castle cake. While Buddy talked with the gourmet chef loaning them the kitchen, there was a funny moment when Buddy asked about "fondant", and the chef had no idea what he was saying. Thus arose an amusing language problem, with the Hoboken pronunciation of "fondant" being quite different from the French one.

Buddy and Maura had a tough time putting together the cake. Just imagine yourself, trying to make dinner in someone else's kitchen. Where are the pots, the utensils...how does an electric burner work? Now magnify that by 10, with Buddy and Maura trying to figure out where all of the tools of the cake trade are, where all the ingredients are kept, and how to use a small oven that's radically different from their old school industrial oven at home. 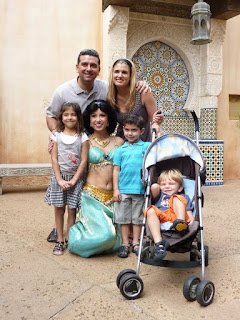 The first mishap occurs when Buddy "cooks" the sponge cake for a half hour, only to discover the oven wasn't on. Then Mauro and Buddy search the kitchen looking for the fondant, only to find it under lock and key. Our Cake Boss bakers had to wait until the resident chef arrived to unlock the much-needed fondant.

Back at home, Buddy has sculptors on staff to make the detailed figures on the cake. This time, he was on his own, and Buddy did an amazing job with the Disney princesses. It was fun watching Buddy and his family meet up with the Disney princesses in the park, and then see Buddy back in the kitchen making up perfect mini replicas out of modeling chocolate. He made four princesses, his daughter's favorites: Ariel, Mulan, Jasmine, and Belle.

The castle cake was huge, with bricks, and arches, and turrets. The detail was fantastic, even on the platform, where Mauro added some water and little speckled candy rocks. Buddy added the princesses and voila! A cake fit for a princess. Sofia was thrilled, and looked adorable in her Belle outfit. It's no doubt going to be a birthday she always remembers. 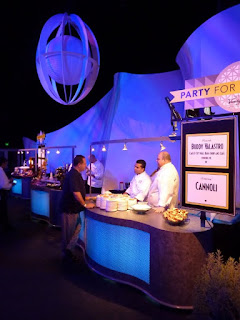 The second part of Cake Boss, "Castles, Cannolis & Cartoon Characters", centered around the Epcot Food and Wine Festival. Buddy had Frankie drive down from New Jersey with trays and trays of freshly made cannoli shells, while Buddy and Mauro whipped up enough filling to make cannolis for 2000 people. Buddy estimated it would take 350 pounds of cream!

At the Epcot Festival, Buddy and Mauro's Cake Boss cannoli booth was hopping, with people grabbing up cannolis as fast as they could make them. Buddy explained to enthusiastic Festival guests that were gushing over the cannolis that the secret was to fill them with fresh cream on the spot. "No one likes a soggy cannoli," Buddy stressed, and truer words were never spoken. Let's not even talk about frozen cannolis some restaurants dish out.

Disney World was a Cake Boss success. Buddy got tons of great publicity via Carlo's signature cannolis at the Epcot Food & Wine fest, enjoyed a Disney vacation with his family, and made a perfect Disney princess birthday for his daughter.

Watch Cake Boss on TLC, Monday nights at 9/8c, and midnight/11c. Check your local listings for encores, and for reruns of previous Cake Boss episodes.