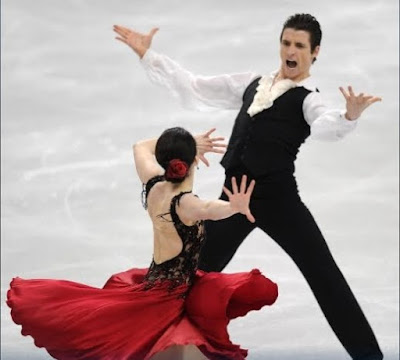 After their powerful and fiery original dance flamenco performance, Canadian ice dancers Tessa Virtue and Scott Moir looked promising for the gold. With two American pairs and one Russian pair nipping at their heels, Moir and Virtue knew they had to really bring it tonight to stay in the lead. 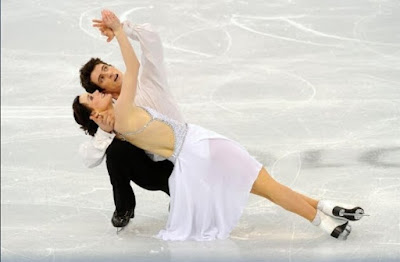 Their performance was stunning. Virtue and Moir went with classic outfits, music, and dancing, giving us a romantic and elegant program that was virtually flawless. Looking like a royal princess and her gorgeous Prince Charming, Virtue and Moir were the belles of the ball of ice dancing tonight. 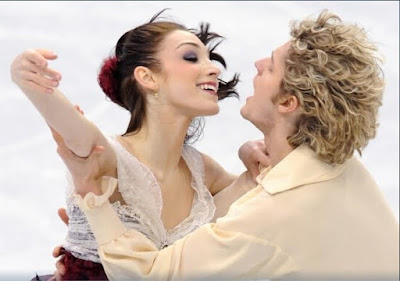 Nabbing the silver medal for the US, young pair skaters Meryl Davis and Charlie White gave their free skate program everything they had. With powerful and speedy lifts and a pulsing performance set to Phantom of the Opera, Davis and White skated a personal best and won a spot on the Olympic winners' platform.

Picking up the bronze was Russian ice dancing duo Oksana Domnina and Maksim Shabalin. While the pair are talented, and nailed the compulsory round with a strong performance, their program tonight was less than stellar. This was greatly due to the fact of the controversial ropes on their costumes, which they used as handholds for every lift. The NBC commentators mentioned that this sort of work-around for lifts will likely be banned next year. But not banned in time to prevent the Russian pair from getting a bronze. 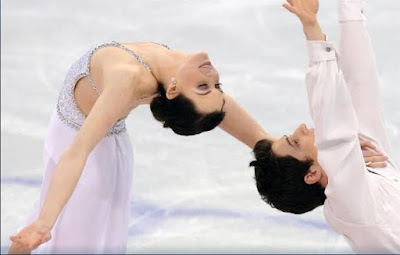 Alongside the gold and silver medalists were a lot of other impressive performances. Olympic vets Belbin and Agosto also gave their best tonight, executing their spins and lifts well, but unfortunately it wasn't quite enough to get them a medal. Still, they were gracious in defeat and proud of what is possibly their last competition skate together. I'm really glad to see the American skaters taking the high road each time there is a judging, rating, or political controversy.

Up and coming American skaters Samuelson and Bates also put together a lovely program with superior elegance and flow to many of the more experienced skaters out there. Though they only placed 11th, they skated a personal best and hope to be contenders in the Winter Olympics 2014. I'm looking forward to seeing them compete again.

Now here are some more photos of the lovely gold medalist ice dancing team of Virtue and Moir, from the compulsory, and original skate nights. They really know how to make ice dancing both romantic and sexy: 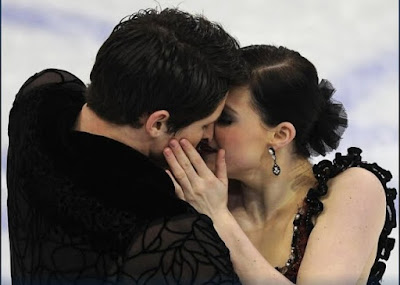 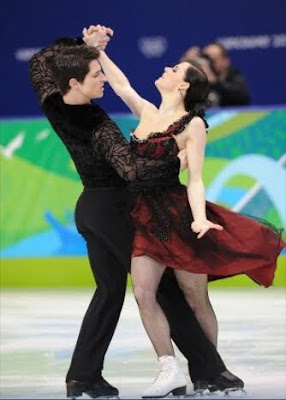 It was an exciting win, and a lot of fun to watch the Olympic stadium erupt with Canadian joy as their ice dancing team broke the Russian stronghold on ice dancing gold. It was also fun to watch Scott Moir going CRAZY, completely pumped about winning the gold. Tessa and Scott sang the Canadian national anthem with gusto, along with all their Canadian fans. 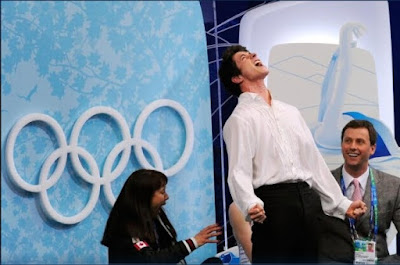 Congratulations to Tessa Virtue, Scott Moir, and their friends Meryl Davis and Charlie White. It's a happy day for North American skating and ice dancing fans.