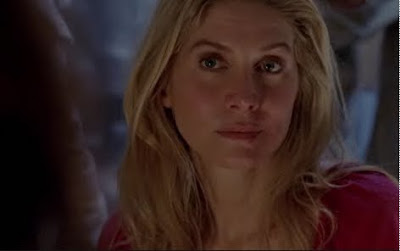 What do Lost, The Tonight Show With Conan O'Brien, The New Adventures of Old Christine, Monk, and The Tudors have in common? We won't see any of these shows next year, despite the fact that they've been rewarded for outstanding elements by the Emmy Awards.

Some programs, like Lost, had a planned demise. Others, like Conan O'Brien's Tonight Show and Old Christine, had more surprise endings. Conan O'Brien is going to be laughing all the way to the Emmy Awards, considering his 7 month stint on the Tonight Show got him a Best Variety Show Emmy nod--and rivals Leno and Letterman were left out in the cold. (Letterman's program is nominated in a couple other categories, for directing and technical direction).

Lost racks up an impressive four acting nods, for Matthew Fox (Jack), Terry O'Quinn (Locke), Micheal Emerson (Ben), and Elizabeth Mitchell (Juliet). Mitchell is the first and only Lost gal to get an Emmy nod, and it's in the guest actress category. Whatever works--Mitchell deserves the honors. She's been turning in an amazing and nuanced performance from the moment she appeared on screen.

I'm sure Lost aficionado MsTerri would agree, it's a questionable move by the Emmy Awards voters to bestow a writing nomination for the Lost finale. (Vote in the love-it- or-hate-it Lost finale poll here.) I can argue for best drama Emmy Award, considering how we were all glued to the screens every week, but I'm still feeling immensely let down by the ending.

You can read more about the celebrate final seasons of the shows in my AC-Yahoo! article: 5 Canceled Series to Nab Emmy Awards?

Get all the TV News and Reviews updates, plus more by following @ValerieDavid on Twitter!