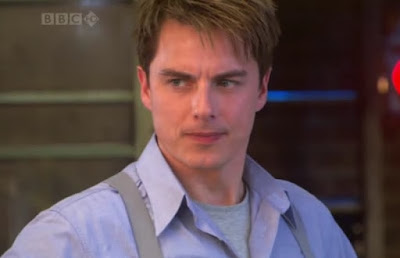 No, it's not Captain Jack Sparrow of POTC fame, it's Captain Jack Harkness of Doctor Who spin-off, Torchwood. After the last, heart-breaking and offensive "Children of Earth" season, I've been cautiously hopeful about the upcoming American reboot. TVLine reports we've got only a few months wait for the new Torchwood premiere, which lands on Starz on Friday, July 8.

There are two new pieces of info that leave me even more conflicted about the new series. First, is that the season's plot will revolve around the entire planet becoming immortal. I really would have preferred a return to individual stories per episode, and seeing the new team at work, rather than another epic, global arc. Plus this seems to be another of those types of stories that's going to lead to "mountains of agony" as drama. I realize Torchwood has always had a darker edge than Doctor Who, but I preferred the scary and sexy stuff to the gut-annihilating existential angst.

Second is the news that Bill Pullman has been cast as a regular on Torchwood. I LOVE Bill Pullman, but in my head he is and always will be the delicious romantic leading man in Sandra Bullock film While You Were Sleeping. Why this man didn't have a big career in similar parts confuses and annoys me--though I think possibly that was his own doing. Deadline describes his character Oswald Jones as a "dangerously clever convicted murderer." Ack. The only part that's keeping me happy is that the character is also "genuinely repentant." If we get an intriguing, conflicted, sympathetic character arc, Pullman could be brilliant.

Because of John Barrowman and his beautiful, charming and adventurous Captain Jack, I'll be tuning in to the new season of Torchwood on Starz. But I hope creator Russell T. Davies doesn't make me regret it--again.

Get more info on the new season of Torchwood here. 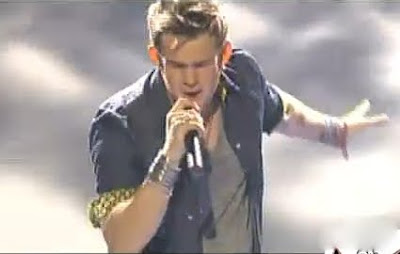 This week we get to see what the "American Idol" contestants, that we and the judges voted in, can do. I was spot on with my prediction of the top guys that were chosen (I had Casey, Jacob, James and Scotty as the Top 4, with Stefano Langone and Paul McDonald rounding out the 6), and was pleased that the GlamNation backlash against James Durbin didn't prevent him making the Top 5 guys. I hope James continues to rock out and prove my--and Steven Tyler's--faith in him.

On the girl's side, things took a crazy turn. I'd expected producers' favorites Lauren Alaina and Pia Toscana to make it in. But my favorites of the night were Naima Adedapo, Kendra Chantelle and Lauren Turner. They kept me sweating over Naima until the very end, and I didn't get Kendra or Lauren "Bette Midler" Turner. I'm not surprised that America voted for bland over quirky, but I found it irritating that the guys are allowed to be different and the girls aren't.

While I think this year is a vast improvement over the last, I'm worried that the girls might just descend into homogeneous pageant queens belting out ballads. Haley Reinhart has possibly the quirkiest style left--her growling bluesy tone that skitters into breathy sex kitten within a single phrase seems to either entice listeners or drive them completely mad. But love her or hate her, you can't say she's boring.

I'm hoping that the wildcards aren't the first to go home. I'm also hoping that the lovely Naima gets a chance to prove how awesome she is and win people over. She'll have to try to modernize her song choices a bit to get that teen vote going, but I hope she doesn't change her lovely and unique style. We don't need another girl in a tulled square dancing dress and 10 inch platform heels she can't walk in.

Want to look back on the "Idol" journey? Head over to Yahoo!TV to find out Why Your Favorite Didn't Make the Top 24, and Was Clint Right to Throw Jacee Out of Group? And are we still feeling the same way about the three judges? Simon Who?

And as always, you can check in on all of my "American Idol" Season 10 recaps here.