'Constantine' -- Don't Judge a Show By Its Pilot? 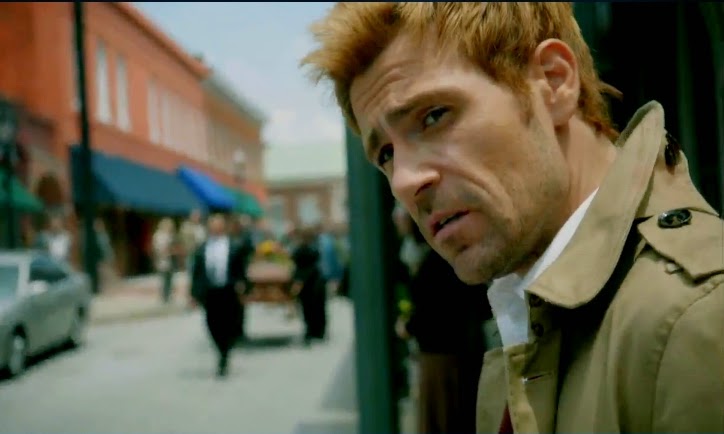 While there are shows that knock it out of the park with their very first episode, there are plenty of series with absolutely sucky pilots that still turned into must-see TV once they hit their stride. While it's generally wise not to judge a show solely on a so-so premiere, in the case of "Constantine," it's impossible to make that judgement call.

That's because the pilot of "Constantine" centers on a young woman, Liv (Lucy Griffiths), who producers then decided to eliminate from the series. Ordinarily a revamp of this magnitude after a single episode would seem worrisome, but in this case, it gives me a lot greater hope for the future of the show.

Constantine spends most of the show trying to recruit Liv, a normal gal who doesn't realize she had a dad with supernatural abilities that he passed on to her. Liv is a weird sort of normal, who stands and stares dumbly at a giant earthquake-level crack rumbling towards her in a parking garage, and then seems oddly unfazed after she's seen a crater open up in the ground with mile-high flames shooting out of it.


With Liv intermittently screaming like a ninny over some supernatural events and then going, "Like omg, blood and demons and stuff!" in a childlike voice over other terrors, it's no wonder the producers looked at their pricey pilot and rewrote her out of the ending. But this 180 turn of "really important girl" to "ah never mind" didn't help an already muddled pilot.

No one seems to be interested in the slow burn anymore. It can be tough to sustain mystery without irritating people, but you can spread the mythology out over a few episodes rather than trying to cram 40 pages of exposition into two minutes of screen time. Though criticized for not being so faithful to the comic, the movie version of "Constantine" at least had weight to it...there was an ominous mood and a real feeling of fear and agony and imminent doom.

So far "Constantine" the TV show is a bit hollow...the title character is supposed to be tortured emotionally and really dangerous...but right now it's all just words and nothing we actually feel from the character. That could come with time, and hopefully some dialogue that doesn't require rambling off a bunch of mumbo-jumbo lore that feels like a "required element" that is reluctantly added in a half-hearted attempt to add narrative to all the REALLY COOL SPECIAL EFFECTS AND PEOPLE WITH BLOOD DRIPPING OUT OF THEIR EYES!! 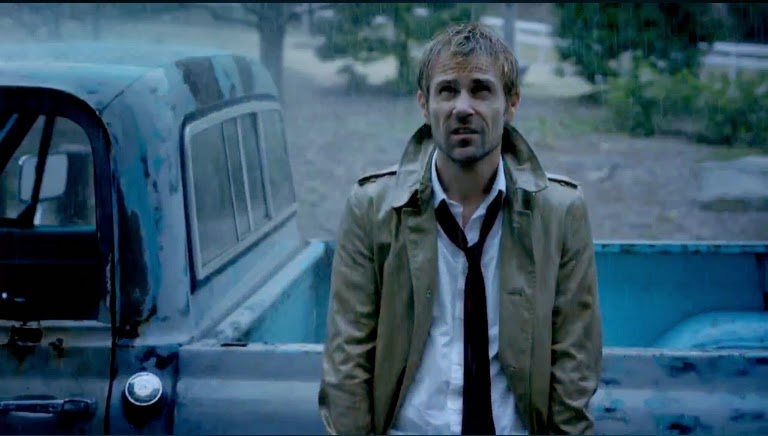 And I couldn't help feeling like all those "mates" were added to the dialogue to ram home the "oh cool accent!" for #Mericans, so much so that I looked up actor Matt Ryan to make sure he wasn't an American faking a Brit accent. Turns out the Welsh Ryan is legitimately from Across the Pond, but it can't be a good thing if we're suspicious of his authenticity.

Clearly the pilot was not a convincing start to the series, but one hopes a few more episodes will give us some more to sink our teeth into. While #Constantine fans are legitimately annoyed at misinformed "'Supernatural' was first!" tweets about the show, there is something the new series can learn from the CW staple. The dialogue matters. The relationships matter. All the intricate lore matters. Awesome special effects are icing on the cake, but it's not what makes an audience fall in love with a show.

What did you think of "Constantine"? The show airs on NBC, Fridays at 10/9c.