'Killer Women': So...How Much Do You Really Like Tricia Helfer? 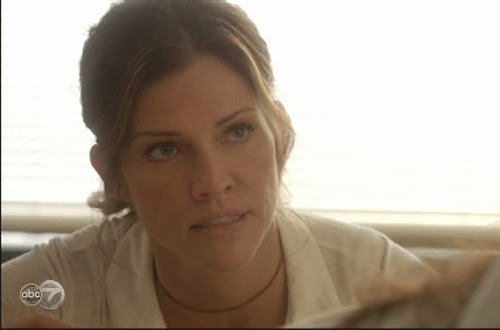 My response, the moment after "Killer Women" aired its premiere episode, "La Sicaria," was to laugh. This is generally not the reaction that a network would want for a new TV series, but I'm guessing a lot of viewers responded the same way I did. The show about a female Texas ranger tracking down female criminals is fairly ridiculous, but it could possibly smooth out into a charming fluff of escapism each week.

Full disclosure: I love Tricia Helfer, who stars here as Molly Parker, a tough law enforcement officer who has both brains and beauty. Helfer was a revelation in the series "Battlestar Galactica," where she played a humanoid upgrade of that iconic 70s robot villain, the Cylon. Clearly hired to be an incredible beauty that was worthy of being obsessed over, she turned in an impressive performance of a character that could be, by turns, terrifyingly menacing or heartbreakingly vulnerable.

It seems the hope was she could do the same thing in "Killer Women." Unfortunately, rather than letting the character slowly build empathy, the show dumps on us immediately a backstory that our heroine was abused for years by her husband. For me, this is just one of the many ways the character is stripped of her power for female viewers. If you have a strong woman, you have to make sure she's not *too* strong.

Unlike many cop shows, it is at least believable that the statuesque Helfer can kick some ass. But like, "The Closer," I'm once again offended by a character shown repeatedly stuffing her face with food--in some misguided effort to appeal to "regular women"--when said character is rail thin. All this does is perpetuate a dangerous myth to impressionable people, and for us "regular" people, all we're thinking is "Well, she must be bulimic, then." 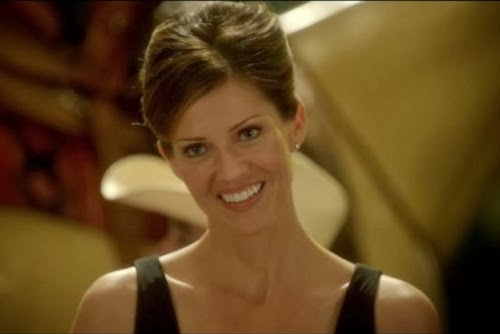 We also immediately have to have Ranger Parker (not to be confused with a Park Ranger) getting dolled up and flirting with a cute DEA agent, because we have to make sure she's feminine enough for the male audience. And of course a tomboyish law officer would wear a tiny black cocktail dress to a work event where all the guys are wearing flannel shirts and cowboy hats. Uh-huh.

But really, you had to know that "Killer Women" was in trouble when Nadine Velazquez, who turns in dreadful performances weekly on "Major Crimes," shows up in the pilot. She stars as a woman threatened by drug cartels to walk into a church and kill an ADA on her wedding day. None of the ADA's security guards pay any attention to an uninvited woman in a red evening dress and platform heels striding into the church...and then all the way down the aisle...and killing the bride...and then all the way back down the aisle...and out of the church...and then they all shoot and totally miss this non-criminal who leaves her red Cinderella shoes behind.

And then, after years of secrecy, Parker confesses her dark, abused past to this woman--in order to get her to open up for the real cause behind the murder. This is supposed to be all dramatic and moving, but since we barely know Parker, it's more of a "What?" kind of moment. 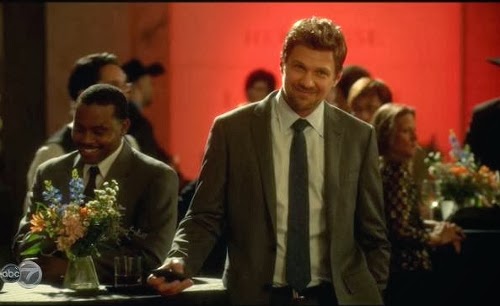 But let's get back to the cute DEA agent, Dan Winston. I could live with this pairing. Marc Blucas, lately of "Necessary Roughness" and way back on the resume, "Buffy the Vampire Slayer," has a nice Jeremy Renner-esque balance of good guy/bad boy. The two have a charming chemistry and, with some witty banter and steamy scenes and blowing up stuff real good, could make for that fluffy escapist confection I mentioned earlier.

Right now "Killer Women" doesn't seem to know quite what it is. At times it strives for that Tarantino-esque mix of violence and humor, but it's not quite violent enough and definitely not funny enough to make that work. If its aim is to be a female version of "Justified," it has to get a lot more complex and clever before it can reach those heights.

Whether you watch any more episodes of "Killer Women" at this point hinges on Helfer. She's an engaging presence, even in a silly show, and if the series finds its tone and improves over the coming weeks, it might be a keeper. But if it continues in the vein of thin plots and caricatures, and low ratings, it'll die a quick death.