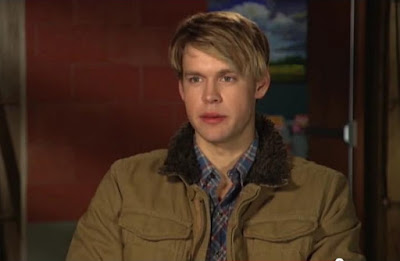 Oh Sam, how we've missed you. Chord Overstreet returned to "Glee" for Episode 8, "Hold on to Sixteen," and it was all we hoped for and more. We may never know why Chord left the show in the first place, but it was good to have him back. "Glee" gave Sam a funny Toby Keith tune to perform called "Red Solo Cup," which is sort of a cross between country and beat poetry. You can have a listen on the "Glee" music site here. Sam's always had one of the strongest male voices on the show, so it was a treat to get a solo about Solo from him on his first episode back.

One of the sure-to-be-most-talked-about highlights of this "Glee" episode was, of course, Finn (Cory Monteith) and Rachel (Lea Michele) discovering that Sam's new after-school job was as a stripper named "White Chocolate." Any excuse to show off Sam's abs again, right? This was also just another opportunity for Chord to get harassed by his fellow castmates, and yes, the pic below is of Cory's phone with a blackmail-worthy photo of the blond hottie in his underwear. 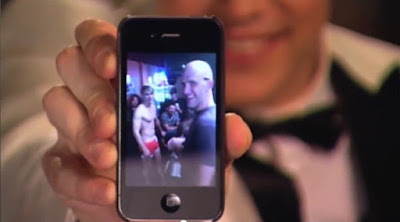 Sam's abrupt departure left Mercedes (Amber Riley) without a boyfriend once again, which the "Glee" writers compensated for by just as abruptly finding her a new guy. That slapdash storytelling was one of the weaknesses of an otherwise greatly improved Season 3, so it's been a relief to see Sam reintroduced to Mercedes' love life. His plan is to win back her love after their "summer fling," and it looks like Mercedes isn't too upset about this new development. What girl doesn't want two boyfriends fighting over her?

One more bonus of the return of Sam's ruby red lips is, of course, Santana's (Naya Rivera) famed monologues about his "trouty mouth." "Glee" had fun with the snarky cheerleader's obsession with Sam's pout, having her whip out a list of fresh "OMG your mouth is so big" insults she'd been jotting down ever since he left. Sam's good-natured response showed he'd missed Santana's clever jabs as much as we did.

The bad news in all of this is it appears Sam may not be in for the long haul. The early reports on Overstreet's reappearance noted he'd be on "Glee" for a "multi-episode arc." How long Sam sticks around may be contingent upon how well his storyline goes over and what the ratings say about his return. Judging how fans reacted after the first time he left, I would suspect that even if Sam isn't a regular on the show, they'll leave it open enough for him to return for future episodes.

Want to know more about "Glee" episode "Hold on to Sixteen"? Check out: "New Directions and Troubletones: Are Two 'Glee' Clubs Better Than One?"

Posted by Valerie David at 1:55 AM 6 comments: Links to this post 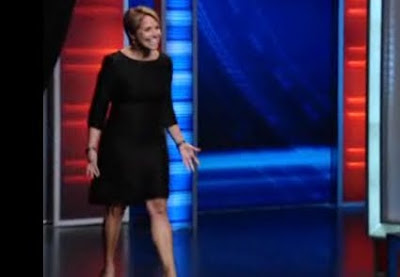 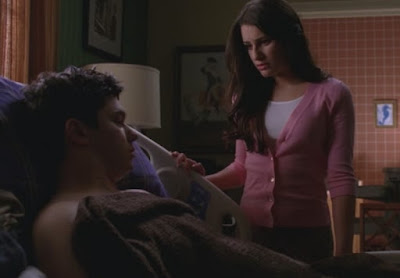 Seth (Zack Weinstein) gets his first singing lesson from Rachel (Lea Michele)
in Glee episode "Laryngitis".
Due to the conflict with Lost this year, I've been sadly out of the loop on cult hit musical TV show Glee. (Considering how Lost ended, my time would have been better spent watching nerd-sexy young Glee Club singers tackling Journey, Kanye, and Young MC.) Finally having caught up, I did some poking around about the show's stars and found a remarkable guy you just have to know more about.

Though pretty progressive about putting together a multi-cultural cast that also included differently-abled characters, Glee has gotten some flack for casting non-disabled actor Kevin McHale to play wheelchair-bound Artie Abrams. So when it came time to cast another disabled character for the episode "Laryngitis", Glee found an actor who lived the part as well as played it: Zack Weinstein. 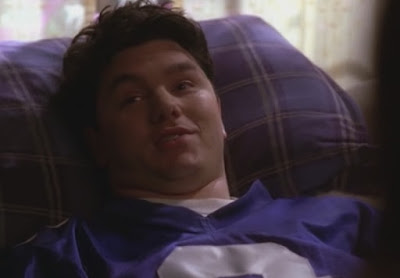 "Laryngitis" revolves around Rachel losing her voice and facing tonsillitis surgery that she fears could permanently wreck her singing. When she drowns herself in self-pity, Finn (Cory Monteith) takes her to see his buddy Sean. A former football star, Sean took a hit during the game that made him a quadriplegic. Through two scenes in the Glee episode, Sean helps Rachel see that even if singing is her greatest skill, it's not all of who she is. 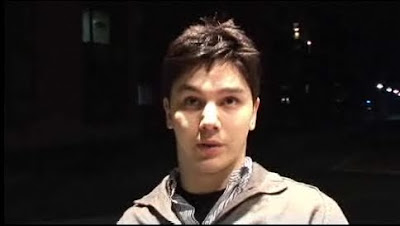 Ironically, actor Zack Weinstein doesn't fault Glee for casting a non-disabled person in the role of Artie--he truly feels that the best actor should win. He auditioned for the role of Sean and won the part, which is the way he wants it. In an interview with Wheelchair Pride blogger Gene, Zack said his wish was for disabled actors to be up for a variety of roles, just as non-disabled actors are:

"I think the way that Hollywood can do its best to give people with disabilities a place in this industry, at least as far as acting is concerned, is to give people with disabilities an equal opportunity to audition and prove that not only do we fit the role, but we are the perfect person to play the role. One thing that I think would be a real change would be to see a character who has a disability but whose storyline has nothing to do with the disability. When we see characters with disabilities they almost always have storylines having to do with them "dealing with" or "overcoming" their disability. They rarely have any other challenges to face. I would love to get a role where the fact that I have a disability and use a wheelchair has nothing to do whatsoever with what's going on with my character."

When Zack was paralyzed, his friend Silas interviewed quadriplegics Travis Roy and Jim Maclaren, and made a documentary with the two men giving advice about living life with a disability directly to Zack. This gift so helped Zack that he wanted to do the same for others in his situation, and he's made his own video with the help of friends and family to talk about his own life. There's no way I can talk about Zack's experiences and fortitude and awesome sense of humor any better than he does himself, so check out the video for yourself. 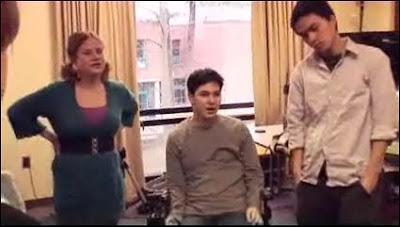 Are disabled people under-represented on TV? One of the things I learned from the Zack Weinstein interview is a resounding YES. Did you know that there are 6 million people living with paralysis in the US? There are 30 million people living with disabilities, so chances are good that you know someone with a disability. If we want all people to have representation on TV, there should be more characters with disabilities than there are.

I think Zack is right, too. Characters of different races, sexualities, or abilities shouldn't always appear in "issue" episodes. That's why I'm hoping Glee asks Zack back--since Finn and now Rachel are both friends with him, it's logical that they would interact with him in future episodes. Don't let this be a great storyline you just leave hanging, Glee writers.

Posted by Valerie David at 12:56 PM No comments: Links to this post

Glee Gets Ousted for Reality TV 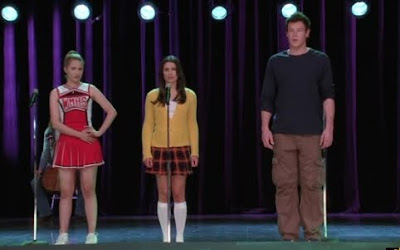 Fox once again makes an interesting scheduling choice, involving one of the network's most popular shows. Apparently musical dramedy Glee will have a "winter finale" on December 4, TV.com reports, and won't pick up the plot again until mid-April. The reason for this 4 month+ layover?

Why, so American Idol can be the lead-in for a new reality show titled Our Little Genius--a competition show for precocious children. Oh boy. I can hardly wait to not watch that.

The good news for me is that the four month gap in Glee programming will allow me to catch up on this critically acclaimed series--which up till now I've been missing only because I've gotten sucked in by the Wednesday competition, Modern Family and Cougar Town.

Glee will get a new Tuesday timeslot in April, following American Idol. While scheduling changes aren't usually the best choice, in this case it's a good thematic pairing and might be a boost for Glee. Since fans are pretty diehard, hopefully they'll be willing to wait four months AND switch days--but it sure seems like a pretty big gamble for a show that's already doing well for the network.

Watch Glee for now on Fox, Wednesday nights at 9/8c.

Posted by Valerie David at 11:38 PM 3 comments: Links to this post