Pick of the Day: "After Gotham" Reviews "Knock, Knock" 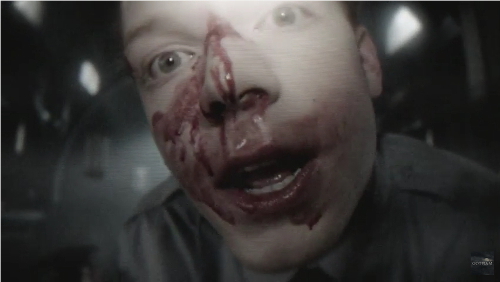 "Gotham" episode "Knock, Knock," definitely delved into darker territory this week. As someone who's more a fan of atmospheric psychological drama than scenes of mass murder and gushing blood, it was a little disturbing to see a general reaction to this episode as "Most violent ever = Best episode ever!"

So it was pretty cool to find this online webcast, "After Gotham," that gets three geek guys together to dissect the entire episode and actually explain what made this a strong installment of a show that has struggled to find its exact voice. Deserved props are given to actor Cameron Monaghan as a possible-Joker, and the trio's initial reaction to the mention of Barbara (Erin Richards) hilariously sums up how I've felt about the character.

The webcast also goes over the show's comic book origins, parallels, contrasts, and recs for relevant issues. It's good stuff for "Gotham" fans, and my Night Session webcast partner Courtney Massey will be happy to know that we're not the only ones who have trouble wrapping up an episode.

Plus, there's a Christopher Walken impression. There's no beating that.


If you're looking for more "Gotham" wrap-up goodness, IGN has a good review on this second episode of the season, including an insightful take on why no Penguin this week was a very good thing.

Posted by Valerie David at 1:47 PM No comments: Links to this post

The Trouble with 'Blindspot' 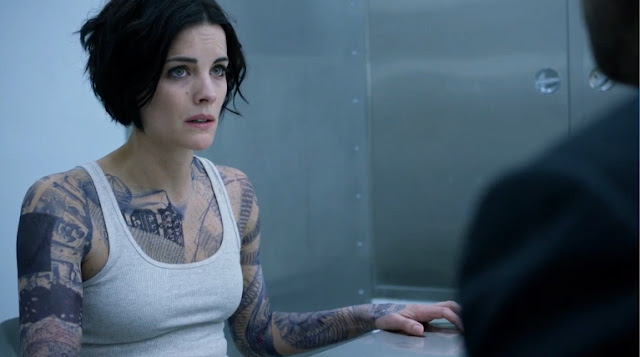 We're two episodes in to "Blindspot" and it's clear that this new series suffers from the same difficulties that shows like "Castle" and "Scorpion" struggle mightily with. That is, how do you insert a character into a situation they have absolutely no business being in?

Jaimie Alexander stars as Jane Doe, a woman found naked in a duffel bag in the middle of Times Square. She has amnesia, and is covered head-to-toe in mysteriously intricate tattoos. One of these markings spells out the name, "Kurt Weller FBI." This unknown woman is soon paired up with Weller (Sullivan Stapleton) in an effort to solve the clues she has written all over her.

The pilot did a decent job of putting Jane on the scene of an investigation, as her suddenly recalled multilingualism came in handy for interrogating witnesses. We also got a taste of the uber dangerous fighting skills this woman has when she intervened in a domestic abuse situation.


Now she's going to be along for the ride as they pursue every clue, with Weller telling his boss Mayfair (Marianne Jean-Baptiste) that "It's clear she can handle herself." Well, yes, that's true. Which means she could also kill everyone around her the moment they turn their back on her. Some of the team have reservations about her tagging along, but the resistance is futile. We've got so much kicking ass to do, ain't nobody got time for actual FBI procedure!!

To be fair, Jane sitting in a lab each week, waiting to see what her tattoos reveal probably wouldn't be that riveting. It just seems like there was a bit of a rush in throwing her out in the field, despite her obvious trauma and the lack of evidence of who she really is.

Although that might also be solved lickety-split. Weller's dad was apparently accused of kidnapping and killing a young girl when Weller himself was a kid. This week we find out that Jane might be that long-missing girl. This is a fascinating twist, but if it's the truth, that's really giving up on a big chunk of the mystery awfully quick. 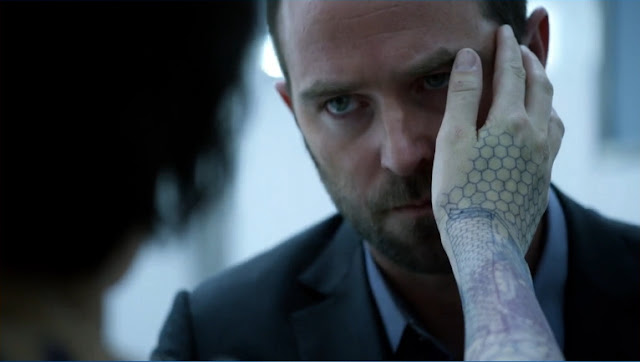 Does no one have any patience anymore? The WHOLE PREMISE of this show was all of the mystery surrounding Jane and her origins. But two weeks in and she's already having very clear visions of her past life, the guy who made her a deadly weapon is popping up around town, and we might know her identity next week.

Obviously there are a lot of tattoos still to get through, but this all feels like a rush to just get to a mystery-tattoo-of-the-week format and that would be a real shame with such a juicy premise. Alexander is a wonderful choice for this role, able to convey serious strength and vulnerability all at once, and perfectly capable of seeming dangerous/crazy/deadly. I'd hate for her to be wasted on a show that promises way more than it delivers.

What did you think of "Blindspot"? Are you seeing the flaws, or just enjoying the awesome Girl Power?